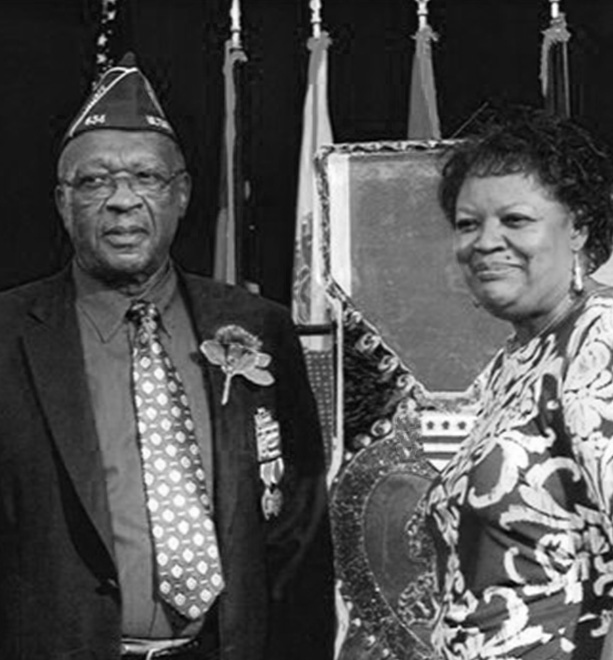 Jackie Drakeford enlisted in the U.S. Marine Corps December 2, 1965, and he comes from a family of military veterans. His three brothers served in Vietnam the same time as Jackie, and they didn’t see each other for over 4 years. He did his basic training at Parris Island, went for advanced infantry training at Camp Lejeune and 30 days of jungle training at Camp Pendleton. He was then sent to Vietnam. Jackie spent nineteen months at war, much of it in death and agony. During this period, he was wounded three times, May 3rd, 1967, May 23rd, 1967 and July 6th, 1967, in addition to being exposed to Agent Orange.

Jackie was assigned to Echo Company, 2nd Battalion, 3rd Marines and was often called on to complete unbelievable tasks. He was in the first defense of Khe Sanh. These battles soon became known as “The Hill Fights,” and they were one of the bloodiest series of battles during the war. His platoon was mortared frequently while engaged in major assaults, and they were eventually penetrated by a Battalion of NVA. The men experienced unbelievable chaos from rockets, grenades, explosions and casualties. It was brutal hand to hand combat. The weapon Jackie’s platoon was armed with, the M-16, more appropriately referred to as the Mattel toy rifle, constantly jammed. Men fought with rocks, sticks, knives or anything they could get their hands on. The fighting was so intense, that during just seven hours of this assault there were two Navy Crosses, five Silver Stars, Six Bronze Stars with “V”, one Navy Commendation medal with “V” and approximately 150 Purple Hearts earned.

In 1968, Jackie returned home. He now lives in South Carolina with his wife Geneva. She says “though Jackie has scars from the war, both mentally and physically, he is a very good husband, father and grandfather. He loves us and we love him.”

Jackie has not totally transitioned into civilian life and still suffers with PTSD. He wishes the government would offer better programs for soldiers to help de-program them from the war mentality they come home with. After returning from Vietnam, he worked with Armour Foods for 20 years and 15 years at Siemans. He also worked with the Red Cross and now volunteers with them when he can and is able.

Jackie has trouble walking due to his war injuries and has since had to have a knee replacement and rotator cuff surgery. Working with Purple Heart Homes means a lot to both him and Geneva. The renovations will be started soon and will involve replacing doors that leak, a handicapped shower with grab bars, along with repairs to the walkway, which will include handrails to improve the entry of their home and make it easier for both Jackie and Geneva to go in and out. Hopefully, in the future a chair lift can be installed to allow better and easier access to the upstairs. Purple Heart Homes is proud to assist the Drakeford family to help improve their quality of life as they age in place in their own home. Thank you for your Service Mr. Drakeford!