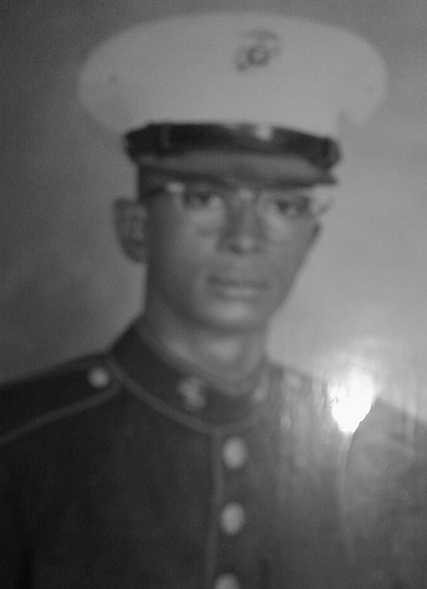 Charles Kee entered the U.S. Marine Corps while the draft was taking place during the Vietnam War. Not much time passed before Charles fell in love with his uniform. He told us, “The United States wouldn’t have its freedom if nobody fought for it.”

In 1966, Charles completed his Basic Training at Parris Island, SC. His ITR training took place at Camp Lejeune, NC, before continuing on to Camp Pendleton, CA. Charles served in Japan and Vietnam as an Aviation Technician until his MO changed to Refueling Security. Throughout his four years in the Marine Corps, Charles was exposed to a substantial amount of Agent Orange. He was also involved in an incident that resulted in scrap metal grazing the entire left side of his body. Charles earned the rank of Corporal by the time he was honorably discharged in 1970.

“The transition back to civilian life was difficult. You go to war, they train you to kill, and then you return home as a different person,” Charles shared with us. The realization that his outlook needed to change hit him fast. Charles sustained Post-Traumatic Stress during his military service, which made social interactions problematic. His long-term exposure to Agent Orange caused Charles to develop bone cancer and rheumatoid arthritis as well. The day-to-day challenges that Charles faces due to his service-connected disabilities include difficulty with walking and chronic weakness throughout his body. Charles requires a cane or a scooter in order to move more than a few steps.